CITIZENSHIP OF DOMINICA BY INVESTMENT 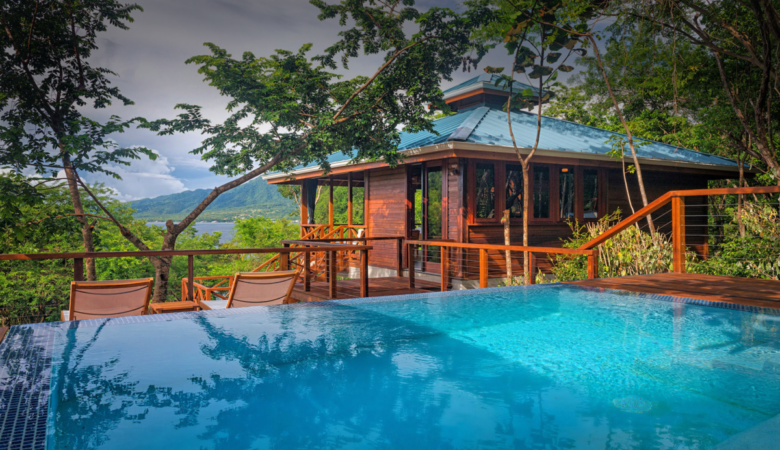 MOST FREQUENTLY ASKED QUESTIONS ON DOMINICA CITIZENSHIP BY INVESTMENT PROGRAM

Dominica is one of the oldest and most respected citizenship by investment program in the world. Are you considering applying?

1.What are the most common questions you receive regarding Dominica and its citizenship by investment program (CIP)?

Part of the Commonwealth, Dominica (not to be confused with The Dominican Republic) is an English-speaking mountainous Caribbean island famous for its natural hot springs and tropical rainforests. Geographically, it is located in the Lesser Antilles in the eastern Caribbean Sea near the French overseas territories of Guadeloupe (to the north) and Martinique (to the south).

Why should I get a second citizenship from Dominica?

Dominica is the most cost-effective citizenship program in the world and one of oldest countries that has successfully operated such a program since 1993. It bolsters a solid reputation with a robust and effective due diligence process. Like most CIPs in the Caribbean region, the applicant and qualifying family members won’t need to reside nor visit Dominica in order to qualify. Once approved, a Dominica passport grants access to over 140 countries without a visa, including the UK, the EU, Brazil, Russia (and many more) along with intrinsic benefits of being a Commonwealth passport holder.

How to get the Citizenship of Dominica

Dominica’s citizenship-by-investment currently has two options, meaning the applicant can choose which stream they prefer to apply for.

The first option is to make a contribution of at least USD100,000 (this amount will increase depending on the family composition; USD100,000 being for a single applicant) that directly benefits the economy and therefore helps to finance projects in renewable energy, agriculture, infrastructure and tourism.

The second option is an investment into a government-approved real estate project of at least USD200,000 (this amount varies depending on the project, but is fixed, regardless of the family composition). Most – if not all – investments in Dominica are into hotels, villas or resorts.

2. What should be outlined about Dominica, as a country?

Though most people know Dominica for its spectacular mountainous topography, hot climate and perfect honeymoon destination, there’s a lot more to the country to be discovered. Nicknamed the “Nature Island of the Caribbean”, Dominica boasts an extensive national park system, including the Morne Trois Pitons rainforest, which is a designated UNESCO World Heritage site. Home to several rare plants, animals and bird species, perhaps the most famous being the Sisserou Parrot (also known as Imperial Amazon) found only in Dominica and designated national emblem and notably figures proudly on Dominica’s flag. The mountainous and volcanically active island makes it a paradise for trekkers to explore its hiking trails and hot spots which includes Dominica’s Boiling Lake, the world’s second-largest hot spring – also a World Heritage site.

3.What would you consider a downside of Dominica’s program?

The very reason why Dominica is still pristine and unspoilt is also a disadvantage – at least for those considering visiting or relocating to Dominica. The country has yet to open an international airport and whilst it is currently upgrading its facilities and runway, it won’t be able to accommodate long haul international flights until 2023. At the moment, travelers often choose to transit through Barbados, Puerto Rico, Guadeloupe or Martinique.

4.Despite its small size, why is the real estate option a viable investment?

Before the global lockdowns, Dominica was witnessing an emerging eco-tourism sector that received international acclaim. The island’s real estate options had garnered the attention of leading publications such as Travel + Leisure, Caribbean Travel Awards and Conde Nast Traveller. Additionally, Dominica’s tourism sector has been bolstered in recent years, thanks to the island’s citizenship program. The CIP has helped fund globally-renowned brands like Hilton and Kempinski on its shores while also supporting unique boutique resorts like the 6-star Secret Bay.

Investing into The Residences at Secret Bay is a qualifying investment under the program. A single share of the resort is set at USD218,000. Detached villas are also available for sophisticated investors looking for full ownership, with prices for those villas starting at USD1,221,000.

5.What makes The Residences at Secret Bay an appealing choice?

From a practical stand-point, it is no secret that real estate developments associated with CIP, both in the Caribbean region and in Europe, are often overpriced (and in many cases are never actually completed) with rare exceptions; Secret Bay is one of the exceptions.

First and foremost, Secret Bay is an existing and operating resort with proven financial performances and positive returns, but also with a solid resale value backed by a strong demand from lifestyle buyers. In terms of exit strategy, while economic citizens are permitted to sell the investment to others seeking citizenship from Dominica only after five years of the grant of citizenship, resale is allowed outside the citizenship by investment market after three years.

Secondly, there is a lack of 5-star amenities on the island. The remoteness of the island and the friendliness of its inhabitant makes it a logical choice to setup a unique and sustainable resort. Secret Bay offers a rare opportunity to own a residential-style villa managed and marketed by one of the world’s most acclaimed luxury boutique resorts.

Lastly, Secret Bay Dominica is a cost-friendly option. Considering the average total outlay, Dominica’s government fees are lower than the neighboring islands providing a similar citizenship program making it an even more attractive investment within a competitive program.

6.What other perks are the investor entitled to?

The most obvious benefit is the citizenship and passport of Dominica.

The investment itself into The Residences at Secret Bay entitles the investor to dividends paid quarterly in US dollars. There are no yearly maintenance, service or hidden fees. The quarterly returns are of course based on the hotel and the facilities performances.

In addition to the above, investors are entitled to 7 complementary nights per year at the resort or deposited in an independent exchange program allowing for stays at other luxury resort properties in 80+ countries around the world. 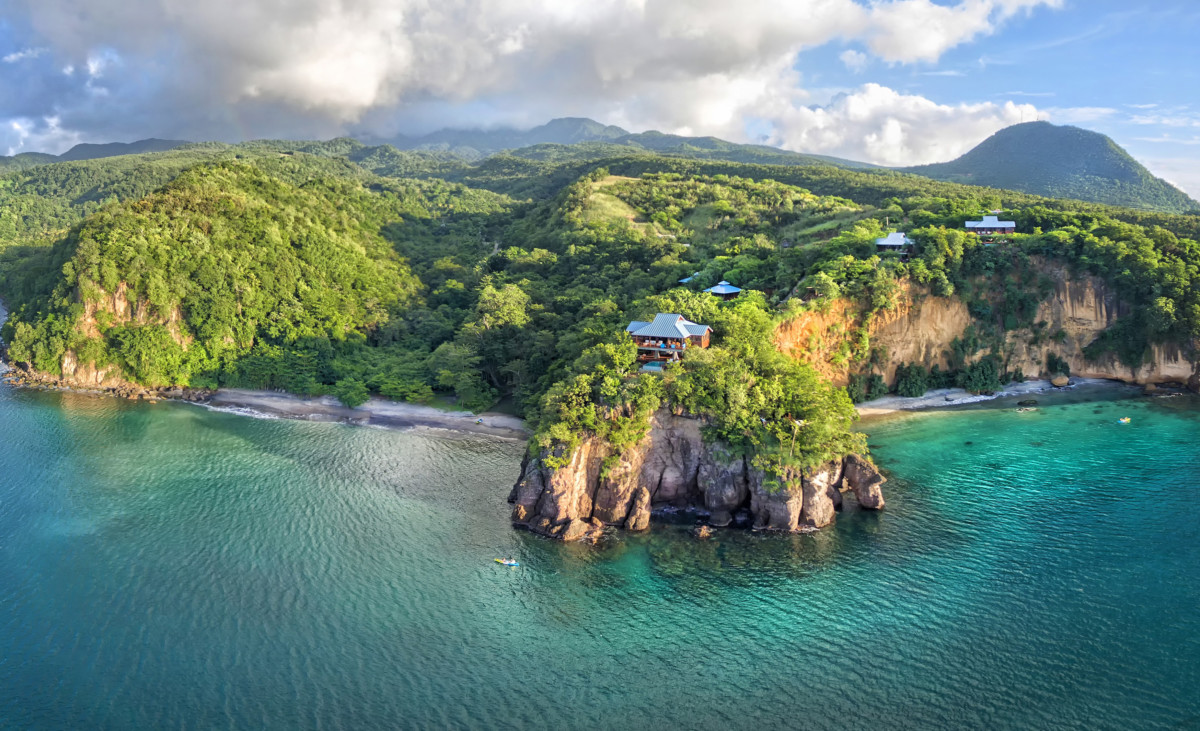 7.What is the total outlay if I choose the Secret Bay investment option?

This will greatly vary depending on the family composition.

As a tentative overview, an investor applying alone i.e., a Single Applicant can expect a total outlay of around USD288,000 while a family of four would be around USD325,000. We will of course provide a detailed breakdown to each family based on their unique composition.

8.Can you sell your investment?

9.What is the process to obtain the Dominican citizenship?

When a client comes to us to inquire, we first must determine whether said client is likely to qualify or not. To do so, the client will be required to make an initial deposit as we perform several due diligence checks with our compliance department. This step takes 2-3 weeks. Once this is completed, we will advise the client whether to move forward or not based on our findings.

In case we determine that the client should not move forward, we will refund the deposit to the client and their journey ends there. On the other hand, and assuming we determine they are likely to qualify, then we start gathering the prerequisite documents under the proper format, liaise with our office in Dominica and the Government, and then once the application is ready, we submit the application.

10.How long is the whole process?

From the moment we submit an application, 2-3 months would be considered as an average processing time for the Government of Dominica to take a decision on an application. From time to time, we do have applications that may take longer (up to 6 months); this could be due to the complexity of the application, or a delay from the applicant’s end in providing further documents that have been requested.

The investment is paid into 2 different stages. An initial deposit will be paid upon submission of the citizenship application. Once the application is approved, then the balance will become payable; Dominica will issue the passports shortly afterwards.

12.Can you provide a basic checklist of the documentation required for a Dominica passport?

What are the Required Documents for Dominican Citizenship by Investment?

13.Can I apply by myself for Dominican Citizenship?

No – and this goes for all the citizenship by investment programs. Citizenship applications are complex and must be handled by designated professionals recognized by the government of the country you wish to apply for. Harvey Law Group is of course duly licensed and registered by the Government of Dominica to advise and assist investors with their application.

If you are unsure on whether or not a firm is duly registered to handle your application, do not hesitate to ask for their license as this should be publicly accessible information.

Thank you for visiting Harvey Law Group.
Please select our nearest office to you and complete the enquiry form below.
To send successfully, you must fill in all the required fields marked by an asterisk “*”. 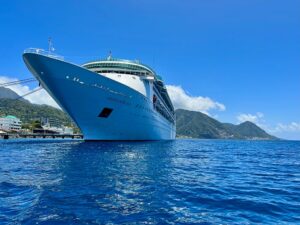 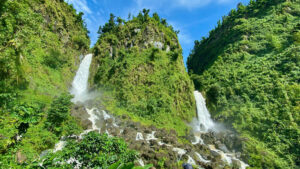